The total number of confirmed positive cases of COVID-19 in Nigeria is near the 50,000 mark as the country recorded 298 new infections.

The Nigeria Centre for Disease Control (NCDC) announced the latest figure in a late-night tweet on Sunday, August 16.

The health agency explained that the new infections were reported in 16 states of the federation including the Federal Capital Territory (FCT). 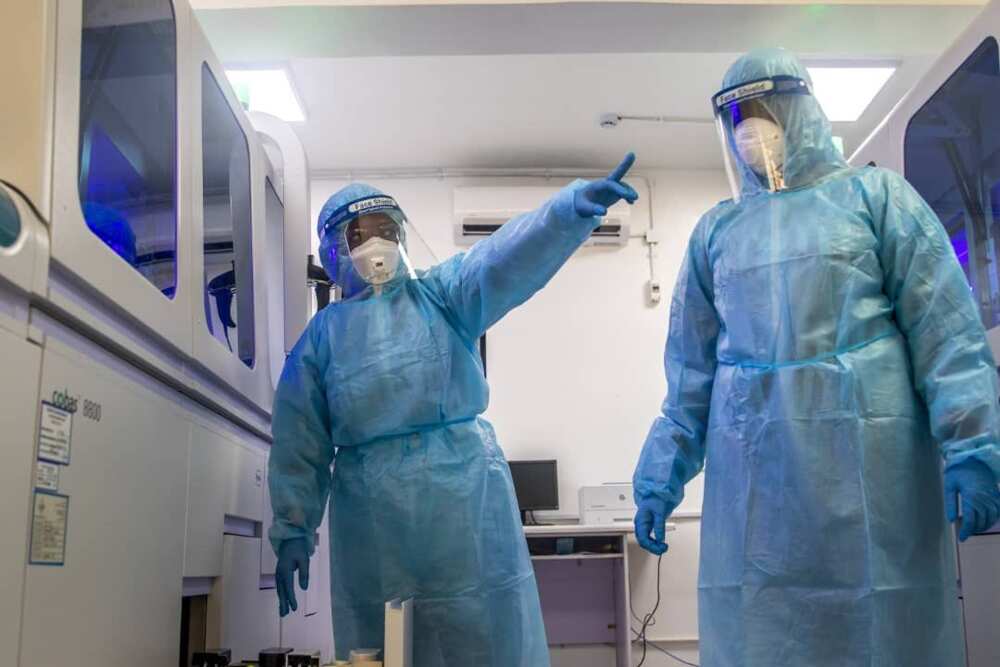 The total number of confirmed COVID-19 cases in Nigeria is near the 50,000 mark as the country recorded 298 new infections. Photo credits: NCDC
Source: Twitter

According to the data released by the NCDC, Plateau recorded the highest number of new cases followed by Kaduna.

Below are the states that recorded new cases of COVID-19:

The NCDC stated that the total number of confirmed cases now stands at 49,068, with 36,497 patients discharged and 975 deaths.

Though the total number of confirmed positive cases of COVID-19 in the country is near the 50,000 mark, Nigeria has continued to witness more recoveries.

Giving more information, she stated that although she is getting better, she is still in isolation.

In another report, the Akwa Ibom governor, Mr Udom Emmanuel has restated his administration’s commitment to decimating COVID-19 in the state even as schools resume for exit classes.

Pentagon aims for fewer than 5,000 US troops in Afghanistan by...