The EFCC has finally got hold of an internet fraudster in Nigeria, Abiona Akinyemi Festus

The prosecution of Festus by the EFCC came after the Federal Bureau of Investigations of the United States (US) appealed to the commission to arrest him on the basis of his alleged involvement in a multi-million naira fraud, PR Nigeria reports.

One of the charges against the suspect was that he used a fake email address in 2011 to withdraw the sum of N5,950,000 from retirement accounts operated by an insurance company for public workers in the US. 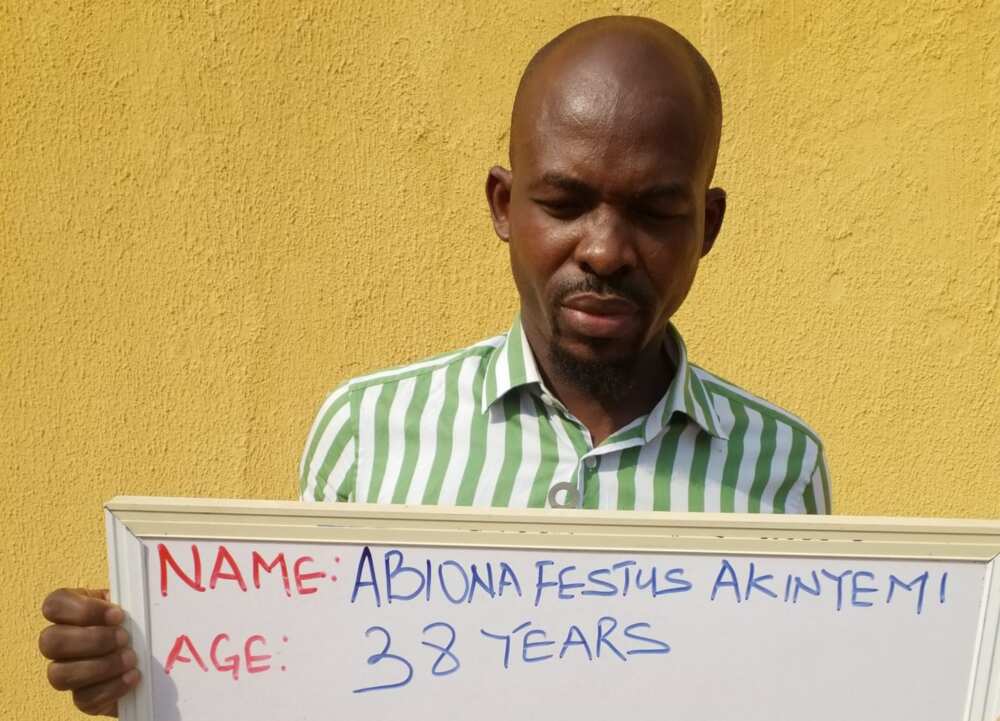 Although Festus pleaded not guilty, the court, presided over by Justice Oluwatoyin Taiwo convicted him of the charges and sentenced him to a two-year jail term.

Apart from asking the suspect to return the said stolen sum to the FBI, Justice Taiwo also ordered him to pay N300,000 option of fine on each of the counts.

Alleged sexual molestation of five months old baby: My side of...