It was a woman with blonde dreadlocks who capped off one of the biggest anti-coronavirus demonstrations in Europe on Saturday, which saw tens of thousands of anti-vaxxers, conspiracy theorists and the far-right march through the German capital, Berlin.

Speaking on a stage by Germany’s parliament, the Reichstag, she egged the crowds on to occupy the building. “Trump is in Berlin,” the woman falsely said, according to a video posted of her speech on social media. “Go up there and sit peaceably on [the] stairs and show President Trump … that we want world peace and that we are sick of it,” she shouted from the stage by the Reichstag. CNN has attempted to reach the woman, identified as Tamara K. in German media, for comment. 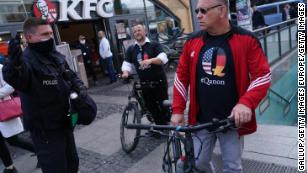 A baseless US conspiracy theory found a foothold in Europe. New research shows how
The gathering turned into a mob, who pushed past barricades and made their way towards the Reichstag’s steps in scenes that horrified politicians, bringing back memories of darker times in the country’s history. Protesters held up imperial banners, a flag now deployed by the far right as the swastika is banned in Germany. Among them were QAnon supporters toting the US conspiracy group’s insignia, as well as a symbol rarely associated with German anti-government protests: the US Stars and Stripes.
Germany has been lauded for its pandemic response, thanks to widescale testing and its fast response to the outbreak which has helped keep its Covid-19 mortality rate low — despite a high number of reported cases. Yet the events at the Reichstag have worried experts that the country has become a victim of its own success, allowing for the spread of coronavirus scepticism.
RELATED NEWS:Namibia Rejects Germany’s Offer To Amend For Genocide
Protesters in Berlin last weekend held up imperial banners and QAnon signs.
“Virologists say there is no glory in prevention; if prevention is successful, people don’t see the danger,” Thorsten Quandt, a professor at University of Münster who has been researching right-wing conspiracies in the pandemic, told CNN. “The irony is the less you can feel it, and more successful you are with pandemic measures, the more people say we should stop [those measures].”

This is all happening as German Chancellor Angela Merkel has been enjoying sky-high approval ratings for her decisive approach to the outbreak. Voters have rallied around traditional parties, with the anti-immigrant Alternative for Germany (AfD) slumping to single figures in local opinion polls, according to Bild newspaper. This is one of the AfD’s worst showings since winning third place in elections in 2017, becoming the first far-right party to enter the Bundestag since the 60s.
The party, which has been riven with infighting in recent months, has instead tried to capitalize on pandemic skepticism. In the past few weeks its national spokesperson Tino Chrupalla has denied the viability of masks and urged his social media followers to attend Saturday’s protests. 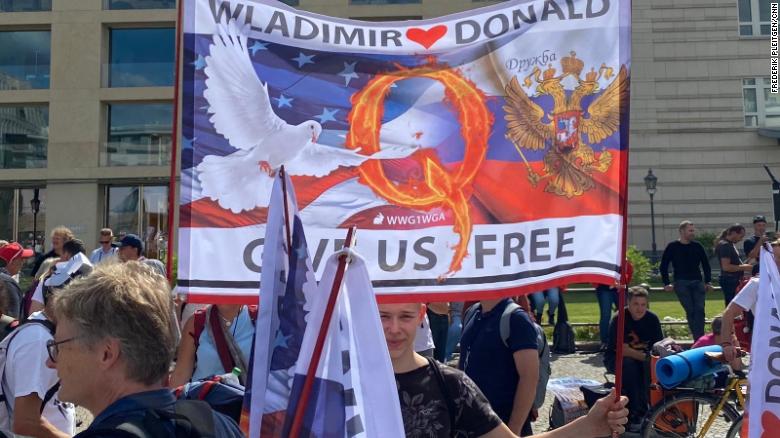 Marchers held signs that implored US President Donald Trump and Russian President Vladimir Putin to “free” Germany.
It comes at a time when researchers say conspiracy theories like QAnon — which sees US President Donald Trump as a savior figure secretly battling a cabal of Satan-worshipping pedophiles and the so-called deep state — have grown exponentially in Germany.
Marchers last Saturday held signs that implored Trump and Russian President Vladimir Putin to “free” Germany, waving the American flag as symbols of their conspiracies. Others told a CNN crew Trump was an “angel,” and the pandemic was fake, and Trump knew it “because he never wore a mask from the beginning. 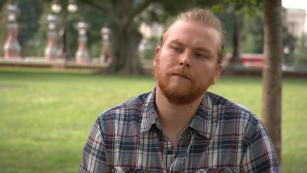 READ ALSO:Germany threatens wider EU sanctions against Belarus
How an American who lost his job due to Covid-19 got roped into an apparent Russian plot to meddle in American life
The American flags and the hero-worshipping of Trump is a break from the traditional view of the US — of a staunch geopolitical ally committed to multilateral institutions. “What we see here is a different narrative, a conspiracy theorist representation of the US. This is the America of Donald Trump, and it is an America of White supremacists,” Quandt said.
Historically, German conspiracy groups and the far right have reviled the trans-Atlantic relationship US, according to Michael Butter, a Professor at the University of Tübingen and a conspiracy theory expert. “These people are highly skeptical about the US acting as a hegemon in global affairs,” he added, “especially those on the extreme right … and the only president these people have sympathy for is Donald Trump.”

The rage-filled scenes outside Germany’s Parliament were the latest expression of how the outbreak has provided common cause for people who would normally be on the opposite sides of the political spectrum. “What we can see now is what I would call some kind of crossover extremism,” Quandt said. “What unites them is a belief in the state and the political party being corrupt, and being part of a conscious conspiracy of not being able to run a country.”
Anetta Kahane, founder of well-known anti-racism group the Amadeu Antonio Foundation, watched the march from her Berlin apartment’s window in horror. She told CNN it looked like disparate groups of conspiracists, neo-nazis, anti-vaxxers and esoterics appeared to have overcome their political differences. “It is against liberalism, against globalised society, against science, against intellectuals, against multiculturalism and all the [trappings of] modern society,” she said. 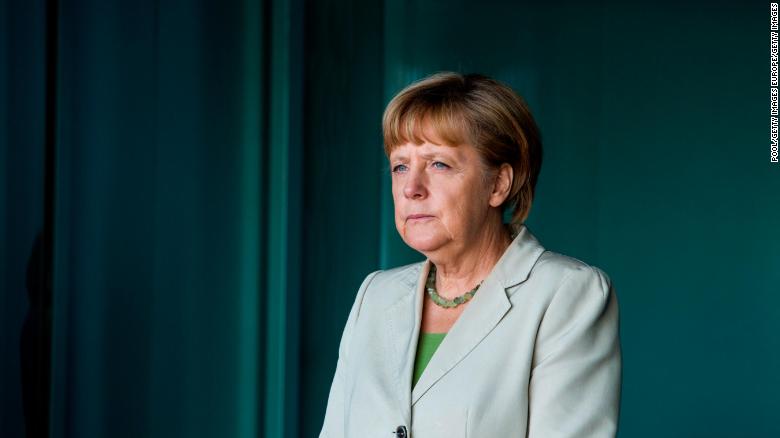 Angela Merkel has been enjoying high approval ratings.
German politicians have long agonized over the threat of far-right extremism in the country. A pro-immigrant politician in Merkel’s party was killed by a suspected far-right sympathizer in 2019. Weeks before the country went into lockdown in March, a gunman who espoused racist views killed nine people at shisha bars in the German city of Hanau. And in June, the government said it was disbanding an elite military unit in a bid to clean up far-right extremists in its ranks, Reuters reported.
The German Office for Protection of the Constitution warned last year that right-wing extremism was on the rise in Germany. It said that there was evidence of a “high willingness” of right-wing extremists to use violence. Its latest report on extremism said authorities were aware of at least 24,100 people who were active within various far-right organizations.
A propaganda battle is playing out in the replies to Trump’s tweets
But experts cautioned that conspiracy theorists only reflect a tiny proportion of Germany’s population of more than 80 million people –who, according to recent polling, overwhelming back Merkel’s coronavirus measures. The outrage that followed the protests was not because “more Germans believe in conspiracy theories, but a realization that these people exist,” Butter told CNN.
Watch Leakblast TV channel from around the world
Far-right watchers say the real worry is AfD eventually being able to connect with voters affected by the economic fallout from the pandemic, which has seen hundreds of thousands of Germans lose their jobs. “It could be a boost for the AfD [if they gain] people who either believes the coronavirus crisis was a big, a big plot, and by those who think it was real, but the government just handled the economic crisis badly,” Butter said.

Ikpeazu in S’Africa to raise $400m for Enyimba Economic City

From #EndSARS to #EndLOOTING: It’s time to heal