Lagos state government on Tuesday, September 1, disclosed that it has commenced the reconstruction of the scene where a helicopter recently crashed in Opebi, damaging the fence as two people lost their lives including the pilot.

Gboyega Akosile, the chief press secretary to Governor Babajide Sanwo-Olu, made this known in the early morning of the new month via a tweet on his Twitter handle.

Akosile also shared the pictures of the ongoing reconstruction of the damaged fences, emphasising that the development of Lagos is the priority of the Sanwo-Olu-led government.

Leakblast recalls that the Bell 206 helicopter operated by Quorum Aviation, on the noon of Friday, August 28, crashed into a private house at Opebi area of Lagos.

The Lagos State Emergency Management Agency (LASEMA) swang to action in a rescue mission that lessened the magnitude of the tragedy. 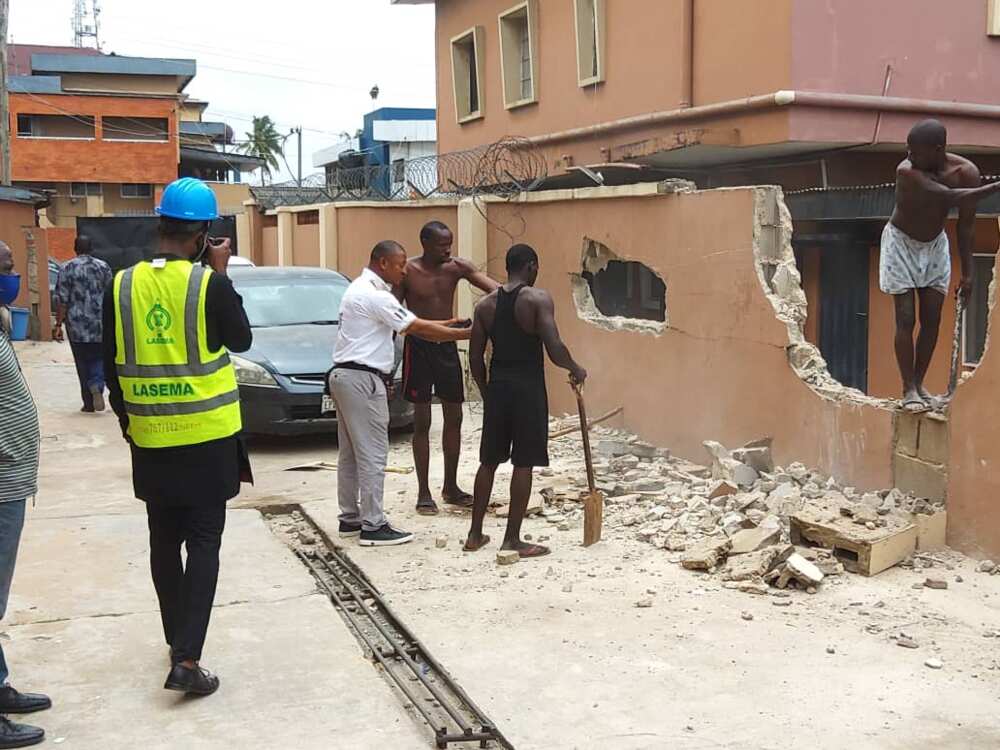 Reconstruction is ongoing at the scene of a helicopter crash in Opebi. Credit: Twitter (Gboyega Akosile).
Source: Twitter

Two people were confirmed dead while one person who was seriously injured was immediately taken to the hospital for prompt medical attention.

Flash: There's been a helicopter crash in a private house at Opebi area of Lagos. Two people confirmed dead, 1 person badly wounded and has been taken to the hospital. The dead bodies have been deposited at the mortuary.
The Lagos State Emergency services are on ground. pic.twitter.com/7tYtgollIe

President Muhammadu Buhari later commiserated with families, friends and associates of victims of the helicopter.

Buhari, in a statement issued by his special adviser on media and publicity Femi Adesina in Abuja after the crash, noted that the nation awaited report of an investigation into the accident by aviation regulatory agencies.

IPOB: Why we attacked Ekweremadu

One dead, policeman injured in Kano