No fewer than 17 members of an armed robbery syndicate that specialised in attacking shop owners offering POS banking services in Jos have been arrested.

Commissioner of Police Isaac Akinmoyede said the arrests were carried out by troops of Operation Puff Adder.

Akimoyede said: “A five-man gang who specialised in snatching cars and robbing POS operators in Jos and its environs were rounded up.

” Search conducted at the residents of the suspects led to the recovery of two foreign made pistols, one lavally made revolver pistol, eleven 9MM live ammunition and one Peugeot 406. 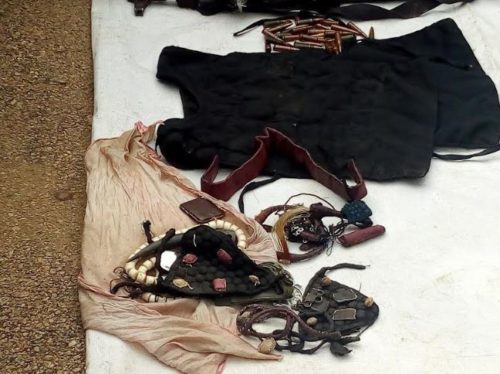 “During interrogation, the suspects confessed they robbed POS operators in Kufang, Dadinkowa and Zaranaganda all in Jos south local government of Plateau state.

“They also confessed to killing some of their victims during robbery operations.””

In another robbery operation in Jos City, three suspects were arrested in a tricycle with which they operated.

The suspects, Ebuka Martins and Joseph Achigak, both of Busa-Buji of Jos North local government were arrested in possession of locally made pistol with one live cartridge.”

The Command also stated it arrested some notorious kidnappers terrorising residents of Shendam local government of Plateau state in the last four week.

“After kidnapping a victim and collecting of ransom of about N2 million, the suspects, Ibrahim Kuru of Lere village of Bogoro local government of Bauchi state, was arrested while seven other members of his gangs are at large,” the police chief stated.

Akinmoyede assured that the command will not relax in pursuit of criminals that are making life difficult for residents.