Post Views: 565,171
A son hugs his father at Três Figueiras via the “hug tunnel,” which staff developed to enable loved ones to embrace.

A care home for elderly people in southern Brazil has come up with a creative way to bring some love to its residents amid the coronavirus pandemic, by creating a “hug tunnel” that allows relatives to safely embrace them.

The idea emerged last month, shortly after Mother’s Day, when staff at the Três Figueiras facility in the state of Rio Grande do Sul noticed some residents were feeling down.
“We noticed that our senior residents were feeling sad,” Luciana Brito, one of the owners of the facility, told CNN. “We thought they would be much happier if we found a way for them to hug their relatives. 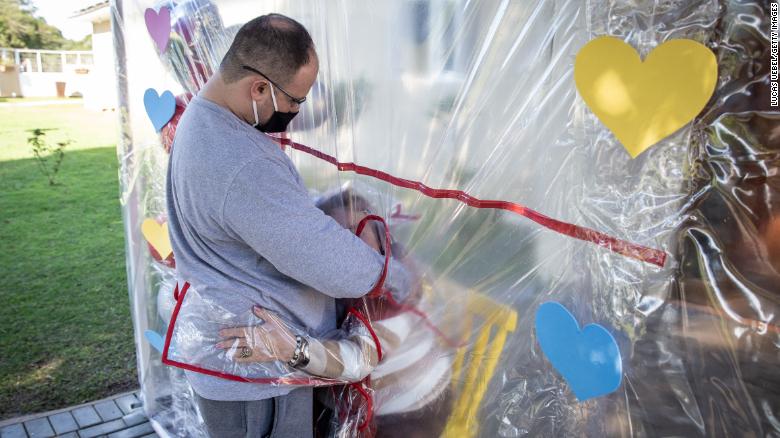 A son and his mother, separated by lockdown, embrace.
The facility is home to 28 senior residents who have been in isolation since March 17, with communication with the outside world limited to video calls.
Brito told CNN the idea for the “hug tunnel” came from a viral video, where a woman in the United States created a plastic curtain in order to hug her mother.
The tunnel consists of a large plastic sheet with four arm holes in it, which is attached to one of the facility’s entrances. The arm holes are also covered in plastic and allow visitors to hold their loved ones without coming in direct contact with them. 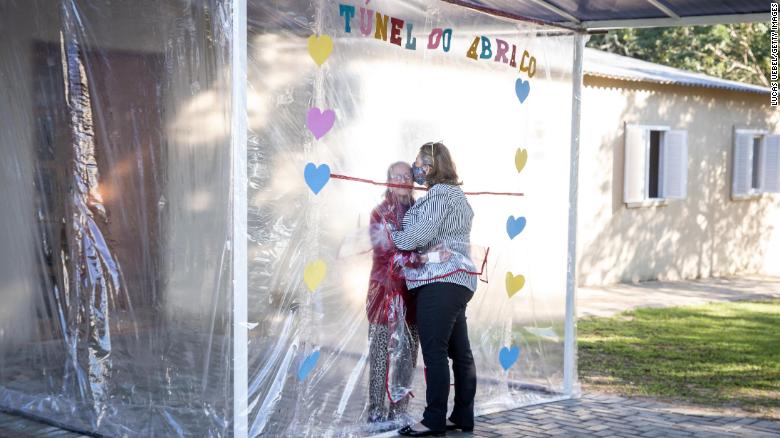 A daughter and mother embrace through the thick plastic curtain and sleeves of the “hug tunnel.”
Eraldo Quintana, an 81-year-old retiree living at the home, told CNN that he thought it was a great invention.
Watch Leakblast TV channel from around the world
“My two daughters came to visit me and I was very happy to see them,” Quintana told CNN.
Quintana said it was “different to hug someone” when there is plastic between you both, but added: “If we didn’t have this we would be scared to embrace due to the coronavirus.”
To keep the “hug tunnel” safe, the visits are scheduled ahead of time and the area is disinfected every 30 minutes, the facility’s administrator Rubia Santos said in a video posted on the home’s official Facebook page. 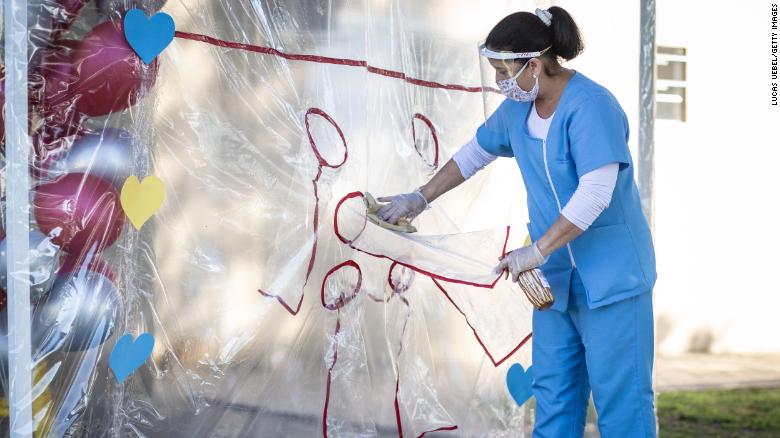 The “hug tunnel” is cleaned after each use.