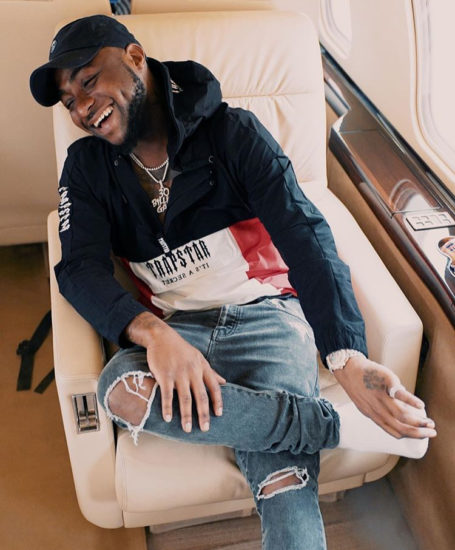 Davido’s interference in politics of recent should not come as a shock as he was up there supporting his uncle when he was running for the governor of Osun State but unfortunately lost the election.

After suspending CJN Walter Onnoghen, President Buhari has since replaced him with Justice Tanko Muahammad who will now serve as the acting CJN.

Davido in his response said, ‘we can’t allow this nonsense. Democracy, we are in trouble’. 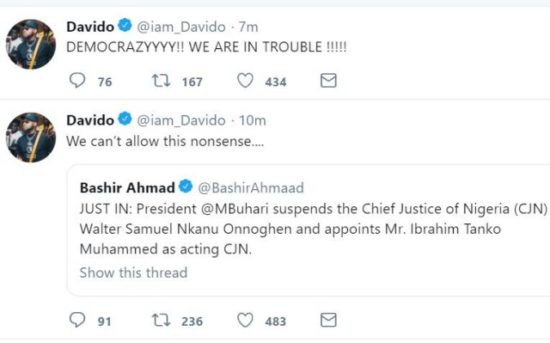