Graça Machel, widow of South Africa’s ex-President Nelson Mandela, is on the cover of this month’s Forbes Africa as the magazine prepares to announce its list of the continent’s 50 most powerful women.

A prominent child rights campaigner, the 74-year-old was also once married to Samora Michel, the first president of Mozambique.

“People say I am powerful but I care more about being impactful,” she says on a quote on the cover.

RELATED NEWS: FW de Klerk and the South African row over apartheid and crimes against humanity

The magazine’s editor also tweeted the cover of Forbes Africa Woman, which it says features those on the list, described as “Africa’s most influential and impactful ceiling-crashers, movers and shakers”. 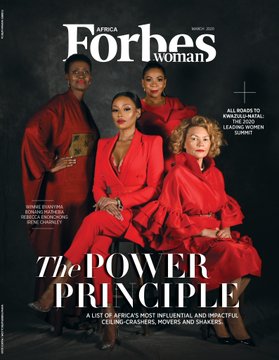 Ex-SS guard apologises to Holocaust victims ahead of verdict

Could it be that this shark was killed with a fishing...

Reno Omokri Was Paid $10 Million To Protest Against President Buhari’

Bob Marley would’ve been 75 today: 7 facts about the music...