Bahrain have beaten Saudi Arabia 1-0 to lift their first-ever regional title at the Arabian Gulf Cup, in a matchup of two countries blockading the host nation, Qatar.

Saudi captain Salman Mohammed Alfaraj had a chance to put his side in the lead with an 11th-minute penalty kick but misfired, hitting the top edge of the post during the first half of Sunday’s final in the capital, Doha.

Neither team was able to score in the opening 45 minutes of the championship game, a rematch of the two sides’ Group B fixture, which Saudi Arabia won 2-0.

But, 24 minutes into the second half, Bahraini forward Mohamed Saad al-Romaihi scored for the Reds assisted by a nifty cross from midfielder Sayed Redha Isa Hashim.

That was the only goal of the final attended by Qatar’s emir, Sheikh Tamim Bin Hamad Al Thani, who later crowned the winners. 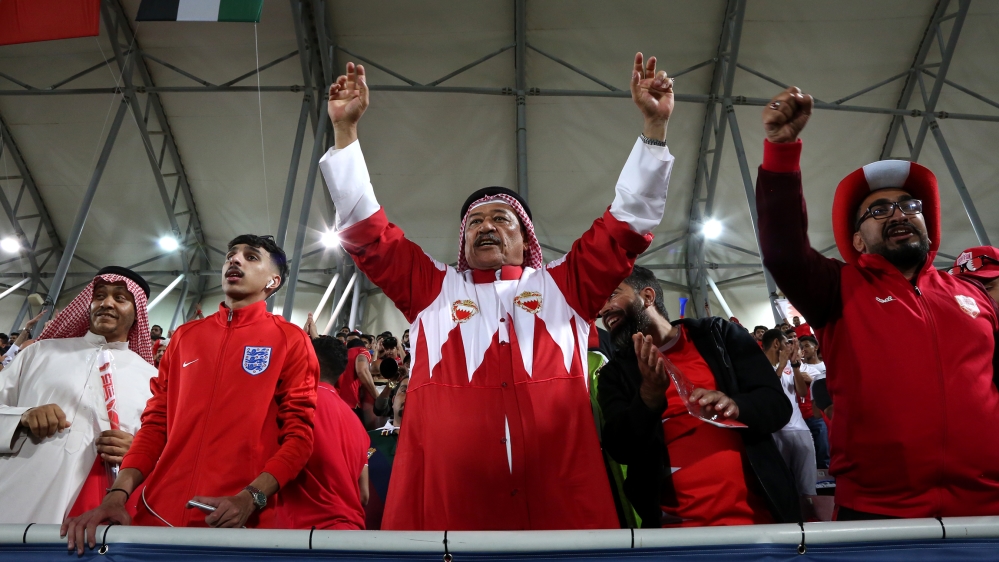 Saudi Arabia, ranked 33 places higher than their opponents, according to FIFA’s latest rankings, were seeking their fourth title at the biennial regional tournament. They had narrowly defeated hosts Qatar 1-0 to reach their fifth final in front of a partisan home crowd.

Bahrain, who were runners-up in 2004, were finally able to breakthrough after finishing second four times.

“We’ve been waiting for Bahrain to take a championship for so many years,” Maryam Hasan, a 21-year-old Bahraini supporter said.

“We always reach the finals, but we never actually got a championship. This makes it history,” Hasan, who arrived in Doha earlier in the day along with thousands of other supporters from Bahrain.

Saudi Arabia and Bahrain, along with the United Arab Emirates were late entrants into the draw, after they reversed their decision to boycott the tournament over a two-year-old diplomatic dispute with the hosts, Qatar.

The final, originally scheduled to be held at the 40,000-capacity Khalifa International Stadium, was moved to the 12,000-seater Abdullah Bin Khalifa Stadium, one of the smaller venues used over the course of the event. 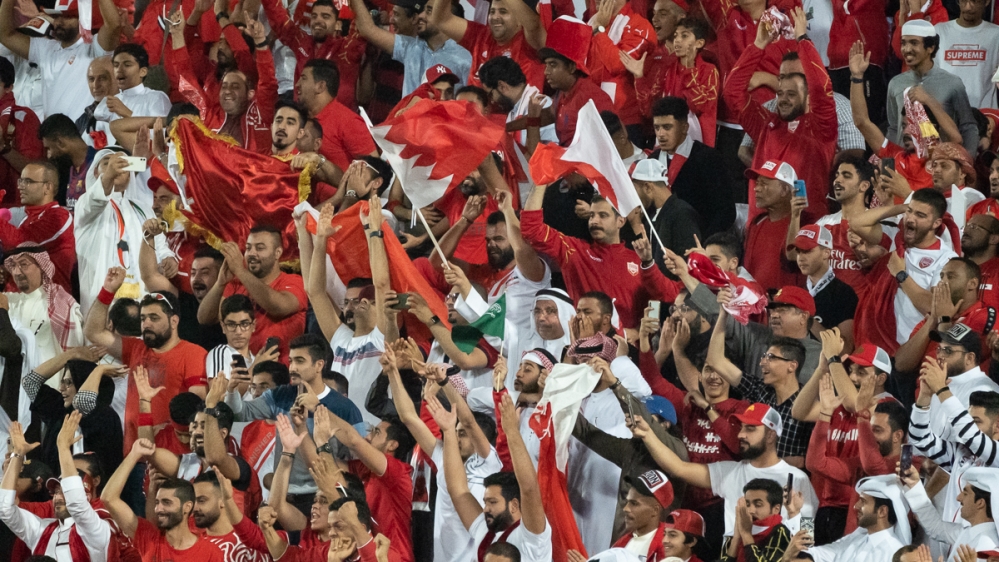 Bahraini fans cheering for their team.

Despite a land, air, and sea blockade imposed on Qatar since June 2017, the Saudi and Bahraini football squads flew in directly to Doha.

Bahraini fans dressed in their national red and white colours outnumbered those wearing Saudi colours on Sunday, occupying six sections of the stadium.

“We came here especially for the match,” Hasan, the 21-year-old student from the capital, Manama, said.

“It was a direct flight, but we passed through Kuwait and then came to Qatar. We didn’t transit or stop, we just went through the air,” she told Al Jazeera.

Another group of Bahraini men were in high spirits before the match. They hoped the blockade would end soon.

“It will be better for all,” 31-year-old Ahmed Hassan Ali, said.

As the tournament came to an end without much drama on the field, there have also been signs of a possible thaw in relations on the diplomatic front. 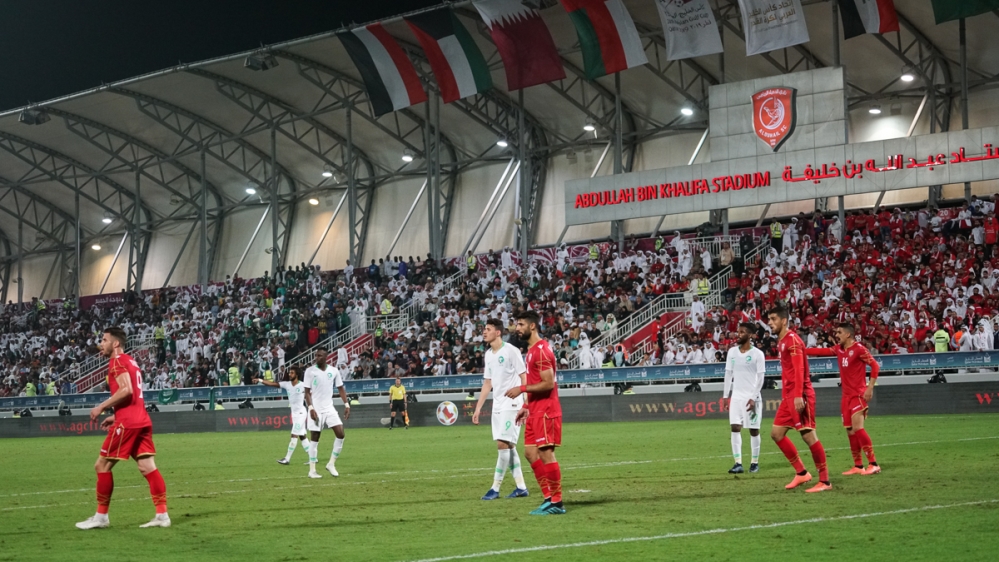 The Saudis were looking to lift the title for the fourth time.

Qatar’s foreign minister said on Friday that the Gulf diplomatic crisis had “moved from a stalemate to some progress”, following talks with Saudi Arabia.

On Sunday night, Qatar’s emir, who was also present at the opening ceremony, arrived just before the two teams’ national anthems and kick-off.

But, Andreas Krieg, a UK-based Middle East analyst, told Al Jazeera Sheikh Tamim’s presence at the final was in “no way a political message” but one about “fair play and sportsmanship”.

“Qatar is aspiring to be a global venue for world-leading sport events and the Qataris have understood early on that sport must not be politicised,” he said.

Garba gets gong over Eaglets