The Katsina State Council of the National Association of Nigeria Nurses and Midwives has on Wednesday disowned and described the two suspected female nurses arrested by the police in the state as fake and imposters.

Identified as Misira Tijjani and Grace Ejigu of the Okmos Clinic in Kofar Kaura quarters, Katsina state, the two suspected female nurses were arrested on Monday by officers of the Katsina Police Command for alleged involvement and attempt to sale a newborn baby girl to one Eucharia Onyema.

The chairman of the Katsina state council of the National Association of Nigeria Nurses and Midwives, Haruna Mamman disclosed this on Wednesday in a press conference held at the State Secretariat of the state council.

Mamman told reporters that the association swung into action immediately to authenticate the identity, membership, and qualifications of the two suspects. 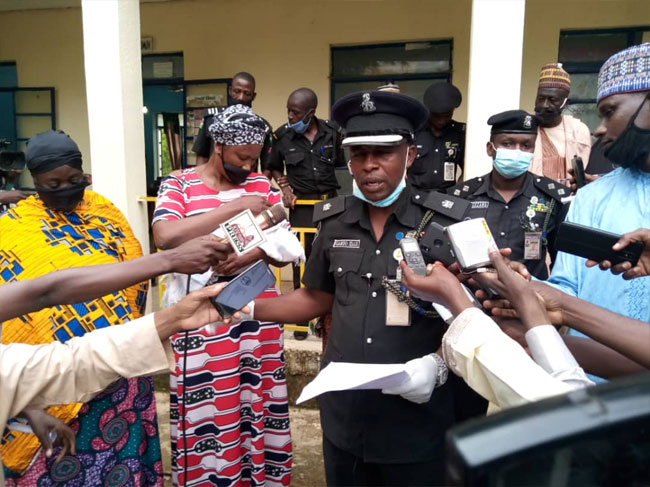 “We visited the hospital and interviewed both the proprietor of the hospital, Dr. E.E Eze. The two imposters in question and our findings revealed that they are fake and imposters

“The proprietor of the hospital and the two imposters, even admitted that they were not trained and qualified nurses.

“We complained to the Deputy Commissioner of Police in whose office and before everyone present, they confessed that they were not Nurses, whereas a day before, they told the police authority that they were nurses.

“We will pursue this matter to its logical conclusion, they will be prosecuted for impersonation and defamation of character,” Mamman added. 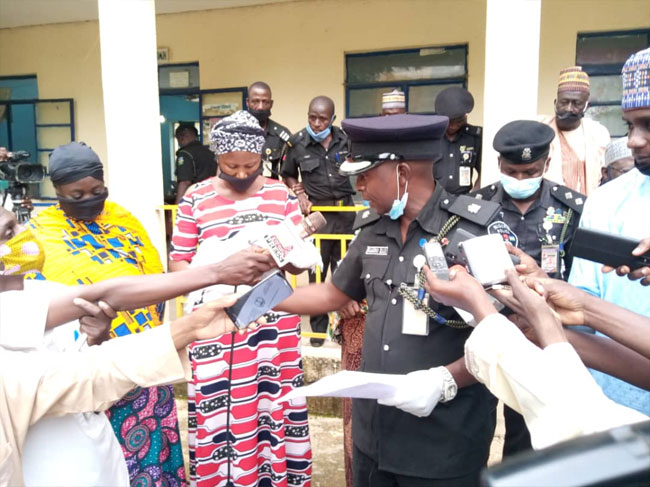 It would be recalled that the two suspected female nurses were arrested on Monday by the police in Katsina state for alleged trafficking of a newly born baby girl.

Arrested on July 28th 2020 based on a tip off, the two nurses have been identified as one Misira Tijjani, aged 35 years of Filin Canada quarters, Katsina and Grace Ejigu, aged 43 years of Shagari Low Cost, Katsina who have conspired and sold the child to one Eucharia Onyema, aged 45 years of Sabuwar Kasuwa quarters, Katsina.

In a press briefing held at the police headquarters, Katsina, the Police Public Relations Officer, SP Gambo Isah told reporters that “On July 25th 2020 at about 10:00hrs, one Shamsiyya Sani, aged 25 years of Dandagoro quarters, Katsina was delivered of a baby girl at Okomos Clinic, Kofar Kaura, Katsina. She later abandoned the child at the hospital with a handwritten note stating that it was born out of wedlock hence the abandonment”

According to Isah, “namesis caught up with them when they were arrested on their way from the hospital to their houses with the child through the help of a Keke Napep rider who suspected them of stealing of the child. Investigation is ongoing”. 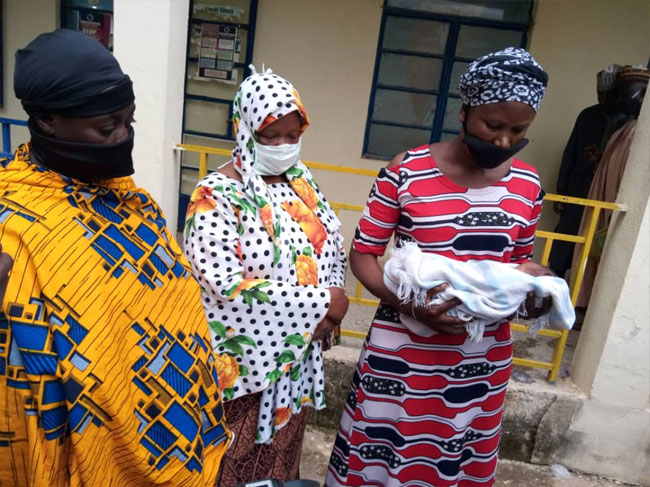