Militants in north-east Mali have killed 53 soldiers and one civilian in an attack on a military post, the government said.

This makes it one of the deadliest assaults of the past decade.

In a tweet, the army described it as a “terrorist attack”.

Mali has suffered violence since 2012, when Islamist militants took over the north of the country. With the help of France, Mali’s army has recaptured the territory but insecurity continues.

The violence has also spread to other countries in

No group has said it was behind the assault in Indelimane in the Menaka region. 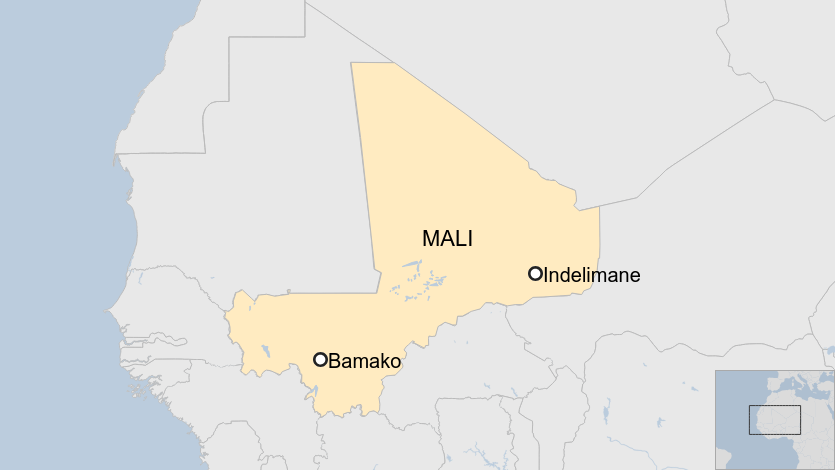 Thirty-eight soldiers died when two military camps were attacked near the border with Burkina Faso at the end of September.

Mali – along with Burkina Faso, Chad, Niger and Mauritania – is part of an anti-insurgency force supported by France known as the G5 Sahel.

Ansarul Islam, meaning Defenders of Islam, was created in 2016 by the radical and popular preacher Ibrahim Malam Dicko. He reportedly fought with Islamist militants in the north of Mali in 2012.

Many injured as 2 BRT buses collide in Lagos