The security architecture in Nigeria has once again come under the spotlight after a new report said the Nigerian Government and citizens have handed over N4 billion ($11 million) to kidnappers for ransom in the last four years.

“Even more frightening is that the larger proportion of that figure (just below $11 million), was paid out between January 2016 and March 2020, indicating that kidnapping is becoming more lucrative.”

Rivers State, according to the report has 120 kidnap cases between 2016 and 2020, followed by Kaduna with 117. Delta is third with 96 cases of kidnap, Bayelsa is fourth with 85 and Borno fifth with 82 cases.

The report said ongoing violence from other sources could have contributed immensely to the fatality rates from kidnapping in the states. 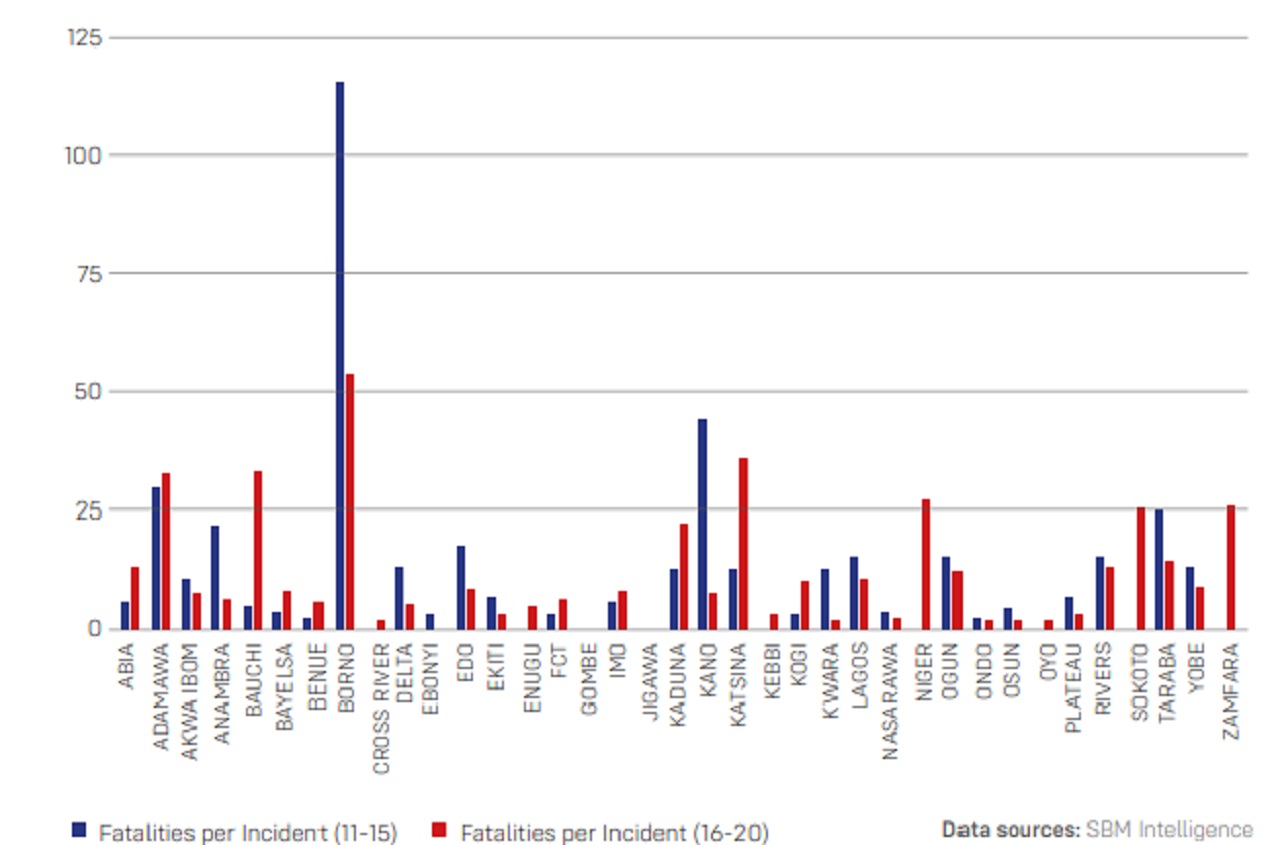 “Our conclusion is that where existing violence and/or historic violent norms have devalued human lives, crimes such as kidnapping tend to result in more fatalities,” the report said.

Bayelsa, a south-south state, the report said is the only state that had a decline in kidnap related incidents in comparison to 2011-2015 when it had a spike. Kaduna, Rivers, Katsina, Zamfara and Taraba, have witnessed a rise in kidnap cases according to the report.

The report explained that a significant history of violence in Kaduna State, especially along its connecting road to Abuja could have contributed to it being ranked as the state with the second-highest number of kidnapping incident in Nigeria.

Although Nigeria’s capital city – Abuja was not listed in the top ten states with cases of kidnapping in Nigeria, the report stated that “there is anecdotal evidence” which suggests “that some of the perpetrators responsible for Kaduna’s high rate of kidnap attempts have extended their operations” there.

“While kidnapping may be frequent, the selection of victims is more targeted and the kidnappers see it more as a business transaction, trying hard to extract money from their criminal activities,” the report said.

APC in fresh legal crisis over dissolution of NWC