(CNN)New data shows that fires in the Brazilian Amazon are on track to be just as bad as last year, if not worse, with an estimated 150,000 hectares of land deforested so far in 2020 at risk.

The Monitoring of the Andean Amazon Project (MAAP), an initiative of the group Amazon Conservation, has used an archive of satellite data to track deforestation across the Brazilian Amazon and found that most of last year’s fires occurred on recently deforested land, rather than in primary forest. Deforested land is often intentionally burned to clear it for farming and cattle ranching.
So far this year, MAAP has detected several large areas in the state of Mato Grosso that have been recently deforested, and could be the sites of fires later this year.
“Fire season doesn’t start out of nowhere in August — it started a year ago with deforestation,” said Matt Finer, senior research specialist and the director of MAAP. He says their research suggests this year’s fires will be “as bad if not worse” than last year’s. “We need the intensity of the rage and concern that people had back in August, we need that now to ratchet up the urgency of the situation.” 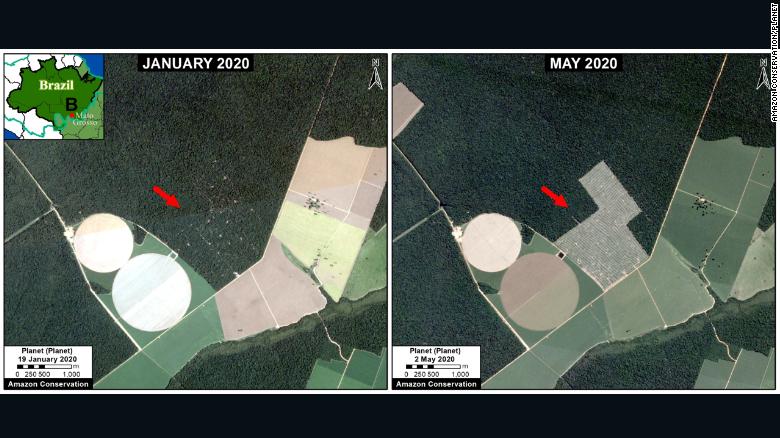 New satellite data analyzed by Amazon Conservation shows the extent of deforestation so far in 2020.
Finer and his team used a new method combining data from heat-tracking satellites with data monitoring levels of particles in the atmosphere to give a more accurate picture of where forest fires occur. They have developed an app to track the fires in real-time and hope it will be of use to firefighters on the ground to focus resources over such vast areas.
Satellite data from NASA indicates this year could be another dry year for the forest, increasing the risk of fires spreading from deforested land into primary forest. 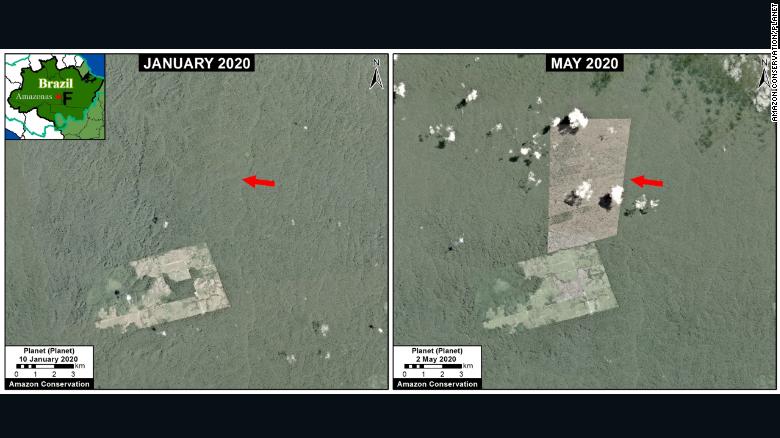 The first quarter of 2020 has seen a sharp increase in deforestation, estimated by MAAP to be around 150,000 hectares so far this year.
The increase in deforestation, combined with dry weather conditions and the challenges posed by Covid-19 have all converged to create a “perfect storm” for fires this summer, according to a recent report from the nonprofit Amazon Environmental Research Institute (IPAM).

Myanmar: At least 50 die in jade mine landslide