Former Special Adviser to the FCT Minister on Project Implementation/Monitoring and Former Special adviser to Ebonyi state Governor on ICT, Hon Prince Ajah Nwabueze Igwe has been accused of homosexual practices, an act which is clearly stipulated as a crime under the laws of the Federal Republic Of Nigeria.

Listen to the Leaked Audio below:

“I met Hon Prince Nwabueze Igwe in 2011 when he came to Bayelsa for the burial ceremony of one Mr. Okoye Pappa father’s burial and lodged in Matho Crystal hotel, where I use to work as a guest service agent.
Related news: Don’t buy China’s story: The coronavirus may have leaked from a lab
He requested for my number when he was checking out which i willingly gave to him been a customer but to my greatest surprise, Hon Prince Nwabueze Igwe sent me an sms admiring me with words like “You’re a handsome guy” which i just replied with a “Thanks Sir”.
That same day, he called and told me how much he liked me from the moment he saw me in Bayelsa and asked that we become gay lovers which I declined immediately hence the end of our communication at that period.
In 2012, he called me again and after exchanging pleasantries, Hon Prince Nwabueze Igwe asked if i was still working in the hotel and i said yes. It was then he promised to help me get a job in NDDC with good pay on the condition that I become his gay lover, which i immediately rebuffed. That was how we stopped talking again until when he started calling again in 2013.
Read also: Covid-19: Plateau begins investigation of leaked COVID-19 results
In February 2013 precisely, Hon Prince Nwabueze Igwe called me and asked me to resign from my hotel job, he sounded real and convincing that he was going to fix me up in NDDC (Niger Delta Develpoment Commission).
Hon Prince Nwabueze Ajah deceived me to bring my CV to Abuja for submission and out of joy, i foolishly borrowed money and embarked on my trip to Abuja.
On getting to Abuja, I started calling him, but to my utmost surprise, he refused to pick my calls. I paid and lodged in a hotel, though he initially promised to foot my hotel bills. He knew i was in Abuja but, refused picking my calls until the fourth day, after I had exhausted all the cash on me.
On the 4th day after he  finally picked up and we spoke, he came down to the hotel where I lodged and took me to Eden Garden at Utako in Abuja.
After a while, he told me to go wait for him in his hotel room which i pretended not to understand. At that point,  I told him all I wanted was the job.
He now re-affirmed his previous statement of 2011 and 2012 that he wasn’t going to give me the NDDC Job unless I agreed to become his gay lover, and allowed him to have sexual intercourse with me right there and then.
I pleaded with him to assist me out of the kindness of his heart, reminding him that we had gotten over this gay relationship request before i decided to come down to Abuja with my CV, but all my plea fell on deaf ears. 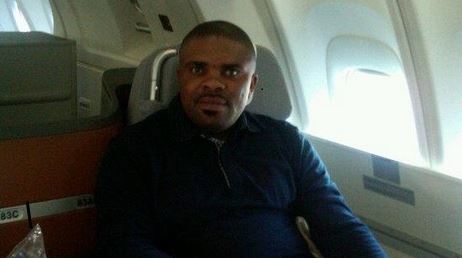 Apparently my plea meant nothing to Prince Nwabueze as he stated unequivocally that he doesn’t give his money out neither does help people unless they’re his friends and that the only way we can thread the friendship lane is for us to become gay lovers.
Hon Prince Nwabueze Ajah said he wouldn’t mind if i would assume the role of the man in the relationship, he also made an attempt to kiss me which i refused.
Still within minutes, he acknowledged my CV saying he’s glad that am a graduate of Electrical/Electronics Engineering but he was hell bent on having sex with me before getting me the supposed well paying job.
That day, i wept uncontrollably inside his car, asking him  why he can’t just help a brother without making such a horrible demand; he replied me with another question asking if i knew how he made his money.
Before I could talk, he ordered me out of his car for turning down his proposition, saying he needed to attend to people whose hotel was demolished in Abuja.
I managed to explain my financial status to him, telling him how I was owing the hotel where i lodged and couldn’t even afford to transport myself back to Bayelsa.
But after telling him all these, and appealing to him, Hon Prince Nwabueze Ajah insisted  that i go sort myself till am ready to comply with his request.
Read more: China ‘war on terror’ uproots Uighur families, leaked data shows
I Left his car and he drove off, calling me the following day to confirm if i was still in Abuja, I said YES, and even sent him my account number so he could help me with the hotel bills since he was the one that asked me to come down to Abuja but he practically ignored me.
I begged and managed to clear my bills and returned to Yenogoa and we never spoke again until he started calling back about six weeks ago and that was when i made up my mind to expose his shameless personality to Nigerians considering all he made me go through, and figuring that he has probably been getting away with such in the past.

This time he pleaded profusely  for what he did then said he wanted to get married as gay lovers. Again, he  asked that i borrow money from my mum and come to Abuja.
I had our phone conversation recorded and i forwarded it with this email to the Leaked department of Leakblast.com.
When Leaked department of Leakblast.com contacted Hon Prince Nwabueze Ajah about the allegation, he was quick to deny it, claiming it must be the handwork of his political enemies.
Watch Leakblast TV channel from around the world
When Leakblast.com told him about the Leaked Audio as an evidence, he was also quick to say that it must have been cloned.
In his words to Leakblast reporter who spoke to him on phone, he said “My Brother, thank you for telling me about this, but please don’t believe them.
Am sure they just want to run me down cause of my great political ambition, My brother, i will never do such“.
He pleaded with Leakblast.com that the story be ignored and not published, He also requested to see any of our reporters for lobbying, but such actions are prohibited in our platform.

China warns US of countermeasures over Hong Kong sanctions bill